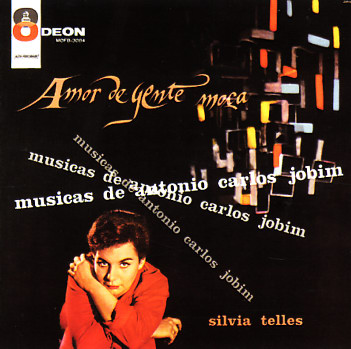 A beautiful early showcase of the compositions of Antonio Carlos Jobim – and one of the best late 50s albums from the lovely Sylvia Telles! The album's got a wonderfully gentle feel – one that's a far cry from some of the more emotive female vocal work that had come from Brazil in the 50s – and although the sound isn't fully bossa nova, it's certainly a strong precursor of the genre – arranged by Maestro Gaya with orchestrations that are as floating and dreamy as the lyrics of the tunes! Sylvia's vocals haunt the tunes in a beautifully, echoey way – as strings, vibes, and piano slip in and out to widen up the sound – and titles include"Fotografia", "Janelas Abertas", "De Voce Eu Gosto", "Discussao", "Sem Voce", and "Canta Canta Mais".  © 1996-2021, Dusty Groove, Inc.