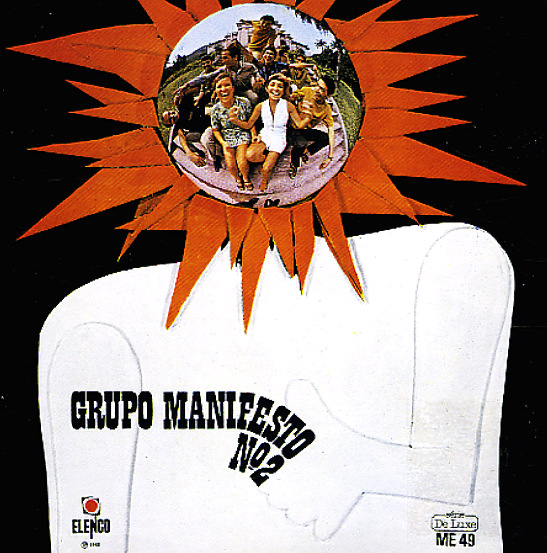 One of the coolest, most unusual groups to ever record for the legendary Elenco label – and one with a very unique sound overall! At some points, the group share a harmony sound with bossa contemporaries like MPB4 or Tamba Trio – but at others, they take off wildly – with a playful vibe that's really in keeping with the image on the album's cover – and which definitely earns them the musical promise of their manifesto name! Gracinha Leporace is in the group, amidst some other male and female vocalists – and most numbers feature one or two singers stepping out in the lead – with some very cool backing instrumentation from Oscar Castro Neves and Durval Ferreira! Titles include "Diferenca", "Hoje E Domingo", "Bloco Da Vida", "So", "Marianinha", and "Minha Decisao".  © 1996-2022, Dusty Groove, Inc.

Made In New York
Manhattan/Universal (Japan), 1985. New Copy
CD...$8.99
Beautiful work from Tania Maria – an 80s set that balances all those new innovations she'd unlocked at Concord Records earlier in the decade with a growing sense of soul that really comes through in the music! Tania's still got that wonderfully jazz-based way of singing – but the set ... CD

Tropicalia – Ou Panis Et Circencis (with bonus tracks)
Philips/Universal (Japan), 1968. New Copy
CD...$13.99 (CD...$8.99)
A landmark album – not just in Brazilian music, but in all modern music in general! The set's a legendary manifesto for the Tropicalia movement in Brazil – and features key works by all the leading musical luminaries in the movement – including a few later stars who are heard ... CD

Brazil With My Soul
Barclay/Universal (Japan), 1978. New Copy
CD...$8.99
Incredible work from Tania Maria – recorded in France right before her departure for bigger fame in the US! The set's got a fully jazzy feel that we really really love – one that has Tania's fluid vocals and soulful piano alongside backings that are expanded past her usual trio – ... CD

Encontros E Despedidas
Universal (Japan), 1985. New Copy
CD...$8.99
A nicely understated 80s set from Milton Nascimento – a record that still has that heavenly, soaring sensibility in his vocals – but which maybe also has some of the intimacy you might expect from the cover's image of Milton walking alone in a forest! There's some jazzy currents in the ... CD

Elis (1966)
Philips/Universal (Japan), 1966. New Copy
CD...$7.99
An excellent early gem by one of Brazil's greatest singers! The record captures Elis Regina at a prime early stage – when her voice was raw and filled with emotion, and when she was backed by some excellent arrangements that blended jazz, bossa, and more complicated vocal settings. The ... CD