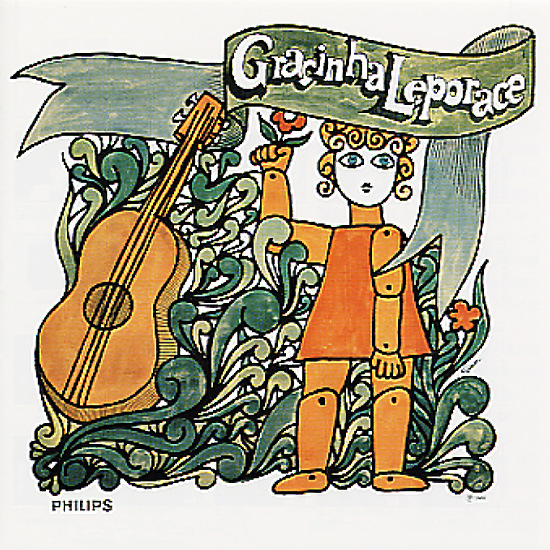 Great early work from singer Gracinha Leporace – a vocalist you might know from her later work in Bossa Rio, or her recordings with husband Sergio Mendes! Even at the start, Gracinha's a hell of a singer – a vocalist who's capable of all the coolness of the bossa era, yet still richly expressive in all the right ways – with a jazzy flourish at times that's perfect for the album's lively backings from Oscar Castro Neves! Instrumentation includes some sweet organ lines with a Walter Wanderley sort of groove – plus other moments that use woodwinds in this really lovely way – almost echoing some of the early Deodato charts. The whole thing's wonderful – a real lost bossa treasure – and titles include "Prece", "Cancao Da Desesperanca", "Ultima Batucada", "Rancho De Ano Novo", "A Saudade Fez Um Samba", "Sem Saida", "Cantiga", and "Em Tempo".  © 1996-2022, Dusty Groove, Inc.