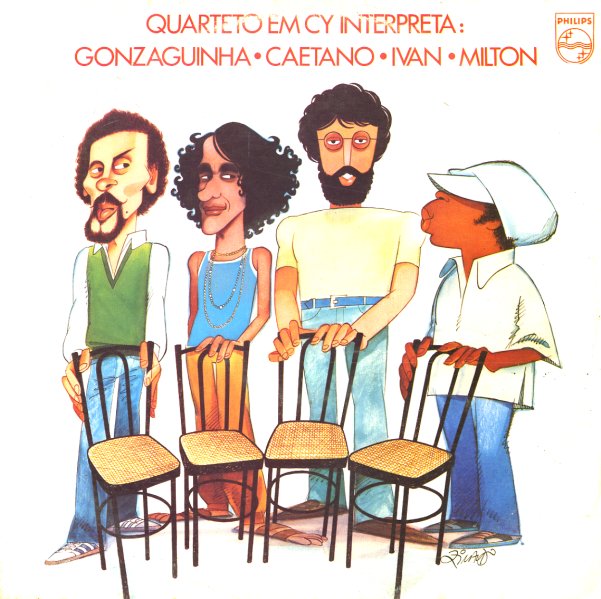 A really wonderful album from Quarteto Em Cy – the Brazilian vocal quartet who first rose to prominence during the bossa nova years, but soon moved into even more sophisticated material during the 70s! The approach of this set is telegraphed in the title – as the group take on songs penned by Caetano Veloso, Milton Nascimento, Ivan Lins, and Gonzaguinha – the new MPB generation of the 70s, whose music turns out to be perfect for the growing talents of the girls – topped off with some beautiful arrangements from Octavio Burnier, whose work really rises to the level of the vocals! The whole thing's great – a magnificent journey in sound – and titles include "Idolatrada", "Barco Fantasma", "Antes De Seja Tarde", "O Ultimo Trem", "Um Dia", "Ponta De Areia", "Gira Girou", "Ciranda Menina", and "Abandonado".  © 1996-2021, Dusty Groove, Inc.