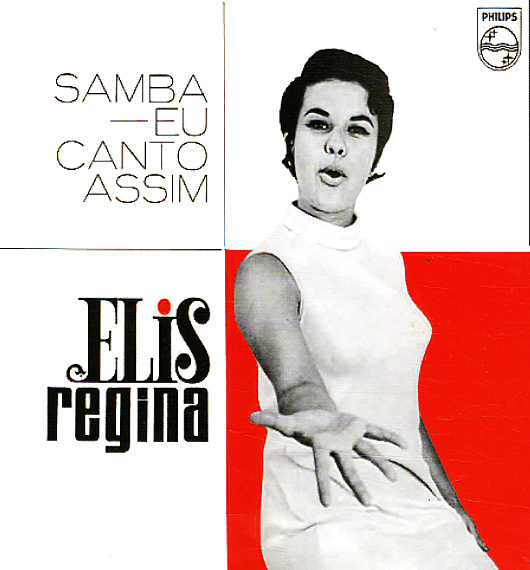 One of the first albums ever by this legendary bossa singer! Even at this young age, Elis Regina diplays a talent for interpretation and an emotional power that few other Brazilian vocalists could match – a way of putting over a tune that brought a whole new level of sophistication to Brazilian music in the 60s! On the set, Elis manages to give the songs a great deal of life, without smothering them in the heavier over-emotional style used by other Brazilian singers at the time – and works with light, lively, jazzy backings that are totally great. The result is a crackling batch of samba and bossa tracks that shines with warmth and imagination. The set includes a lot of tracks by Edu Lobo, and titles include "Sou Sem Paz", "Reza", "Por Um Amor Maior", "Joao Valentao", "Aleluia", "Ultimo Canto", and "Preciso Aprender A Ser So".  © 1996-2021, Dusty Groove, Inc.

Elis (1973)
Philips/Universal (Japan), 1973. New Copy
CD...$13.99
A beautiful album from the early 70s – and one that shows Elis Regina really transforming her jazzy bossa style into something far more complicated and baroque! She's working here with her best arranger, Cesar Camargo Mariano, and the tracks feature small-group performances that include ... CD