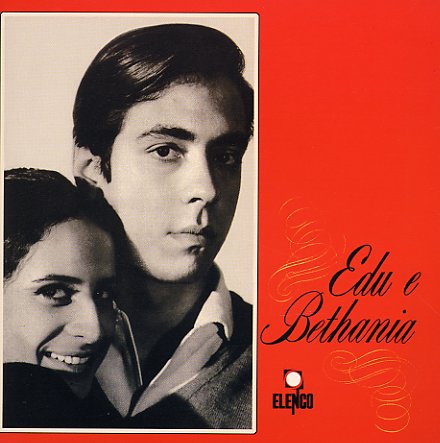 A pivotal album in the careers of Edu Lobo and Maria Bethania – united in a series of unique duets for this classic Elenco session from 1966! The album pre-dates most of Bethania's other work, and is done in a style that's got all the best touches of Lobo's baroque post-bossa arranging style – but with an overall sound that's a bit more stripped-down and rootsy. Edu and Maria duet on about half the tracks, trading vocals back and forth over some incredibly beautiful arrangements – and the remaining tracks feature each artist singing solo. The whole thing's amazing, and titles include great versions of "Upa Neguinho", "Lua Nova", "Candeias", "Veleiro", "So Me Fez Bem", "O Tempo E O Rio", and "Boranda".  © 1996-2021, Dusty Groove, Inc.