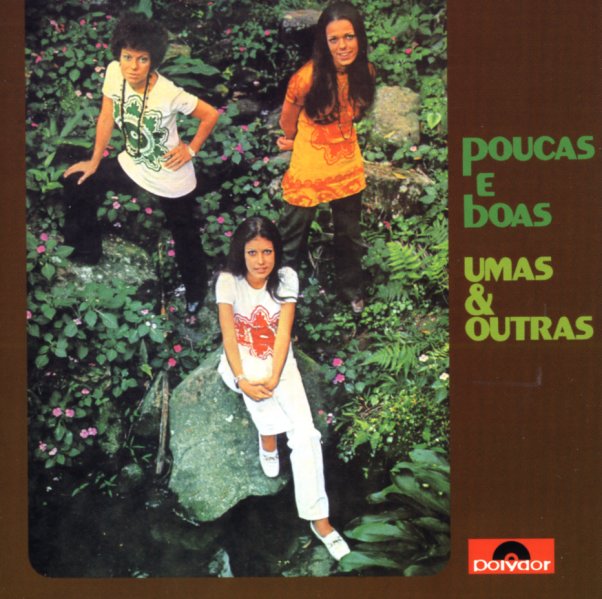 A totally groovy Brazilian trio – three female singers, working together with some of the harmony modes of a group like Quarteto Em Cy – but also coming across with a range of playful and interesting styles as well! The set's got a heady sound that really lives up to the cover – almost Sunshine Pop or late 60s French pop, mixed with some of the cooler Brazilian styles of the time – a bit of EMI/Odeon elements in the production, which is directed by Nelson Motta – and a mix of songs written by Marcos Valle, Joyce, and Nelson Angelo! There's a gently rolling groove to most of the record – not entirely funk, but not far off either – and titles include "Abrace Paul McCartney Por Mim", "Oh", "Serolav Ou Oh Meu Brasil", "Primavernado", "Trem Noturno", "Loura Ou Morena", "Ondas Medias", "Please Garcon", and "Pigmaleo 70".  © 1996-2021, Dusty Groove, Inc.