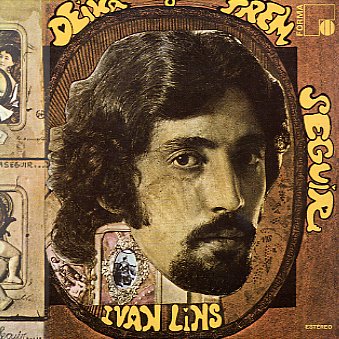 Fantastic early work by Ivan Lins! The record is totally unlike his later work – and is a stunning mix of baroque pop arrangements and Brazilian rhythms, with a god-like sense of pop presentation that places Lins right up there with Euro greats like Scott Walker or Jacques Brel. Issued in the wake of the Tropicalia era, the record's almost a return to more exploration of baroque ideals within Brazilian songwriting, without sacrificing the sense of playful exploration that had come to the music in recent years. Lins voice is incredible, with slight hints of jazz that will creep up more strongly in his later work – and a strong way of phrasing that goes past the overdramatic style of earlier Brazilian singers, with a confidence and maturity that are immediately infectious. Titles include "Que Pena Que Eu Tenho De Voce", "Deixa O Trem Seguir", "Catedral", "Oba", "Oratorio No Mar Branco", and "Me Deixa Em Paz". CD also includes 2 bonus cuts – "Bia Bia Beatriz" and "Voce Mulher Voce", recorded with Trio Mocoto.  © 1996-2022, Dusty Groove, Inc.

Juntos
Universal (Japan), 1984. New Copy
CD...$13.99 (LP...$19.99)
A stone classic from the great Ivan Lins – a set recorded at a time when he was fast becoming a big name on the global scene, not just in Brazil – thanks to his wonderful sense of songwriting and lyricism! The album's almost a celebration of all that Lins had done so far – put ... CD