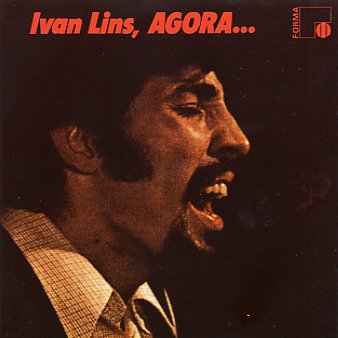 A brilliant early album by Ivan Lins – much more experimental than his earlier work, handled with a unique style that mixed together some of the baroque pop of artists like Marcos Valle or Edu Lobo, touches of the trippy Tropicalia era, and a masterful sense of lyrical presentation that almost seems lifted from the great European singers of the 60s. The album's filled with beautiful original compositions by Lins – including the cuts "Hey Voce", "Minha Historia", "Novamente Nos", and "O Amor e O Meu Pais" – and if you were ever looking for an album to convince you how great Lins is, this might well be the one! Other tracks include "Emy", "Salve Salve", "Baby Blue", and "Tanaue" – and the CD features 2 bonus tracks, "A Vida Avisa Que Chegou", and "Amiga", which is a duet with Claudette Soares.  © 1996-2022, Dusty Groove, Inc.

Made In New York
Manhattan/Universal (Japan), 1985. New Copy
CD...$8.99
Beautiful work from Tania Maria – an 80s set that balances all those new innovations she'd unlocked at Concord Records earlier in the decade with a growing sense of soul that really comes through in the music! Tania's still got that wonderfully jazz-based way of singing – but the set ... CD

Tropicalia – Ou Panis Et Circencis (with bonus tracks)
Philips/Universal (Japan), 1968. New Copy
CD...$13.99 (CD...$8.99)
A landmark album – not just in Brazilian music, but in all modern music in general! The set's a legendary manifesto for the Tropicalia movement in Brazil – and features key works by all the leading musical luminaries in the movement – including a few later stars who are heard ... CD

Brazil With My Soul
Barclay/Universal (Japan), 1978. New Copy
CD...$8.99
Incredible work from Tania Maria – recorded in France right before her departure for bigger fame in the US! The set's got a fully jazzy feel that we really really love – one that has Tania's fluid vocals and soulful piano alongside backings that are expanded past her usual trio – ... CD

Encontros E Despedidas
Universal (Japan), 1985. New Copy
CD...$8.99
A nicely understated 80s set from Milton Nascimento – a record that still has that heavenly, soaring sensibility in his vocals – but which maybe also has some of the intimacy you might expect from the cover's image of Milton walking alone in a forest! There's some jazzy currents in the ... CD