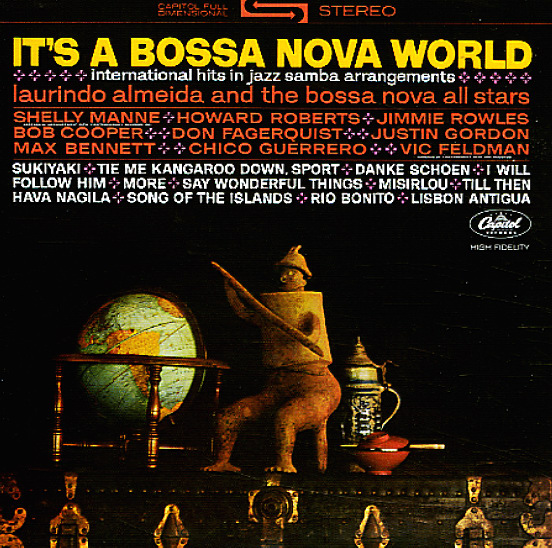 It's A Bossa Nova World

It's definitely a bossa nova world when Laurindo Almeida's around – given that the player first got the whole sound going in the 50s, then returned the favor in the 60s with some great albums like this for Capitol Records! The set's a bright blend of LA jazz and bossa rhythms – played by a group that also features Howard Roberts on electric guitar, Jimmy Rowles on organ, Don Fagerquist on trumpet, Bob Cooper on tenor, and Shelly Manne, Victor Feldman, and Chico Guererro on lots of percussion! Almeida plays guitar and cavaquinho on the session – and titles include "Rio Bonito", "Lisbon Antigua", "More", "Danke Shoen", "Till Then", "Say Wonderful Things", and "Sukiyaki".  © 1996-2021, Dusty Groove, Inc.