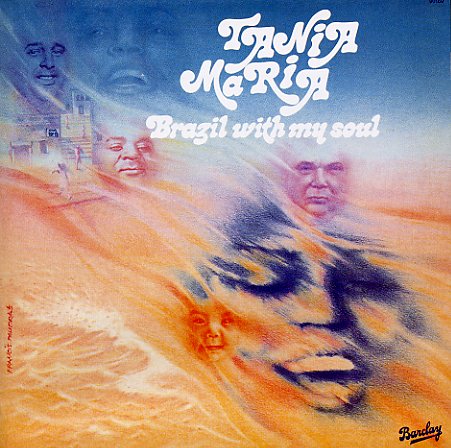 Brazil With My Soul

Incredible work from Tania Maria – recorded in France right before her departure for bigger fame in the US! The set's got a fully jazzy feel that we really really love – one that has Tania's fluid vocals and soulful piano alongside backings that are expanded past her usual trio – with trumpet, tenor, flute, and cello fleshing out the sound, range, and emotion of the tunes. And while the album has a mellow feel overall, there's a gentle grace that sweeps the whole thing up in a mature interpretation of the bossa idiom – a mode that really sets the stage for some of Maria's later work on Concord, but which is done here with a sense of personal poetry that we really treasure. Titles include "Passarella", "Retrato Em Branco E Preto", "Para Chick", "Tatiana", "Rua 17B", "Ze", and "Pecados Meus".  © 1996-2021, Dusty Groove, Inc.

Made In New York
Manhattan/Universal (Japan), 1985. New Copy
CD...$13.99
Beautiful work from Tania Maria – an 80s set that balances all those new innovations she'd unlocked at Concord Records earlier in the decade with a growing sense of soul that really comes through in the music! Tania's still got that wonderfully jazz-based way of singing – but the set ... CD