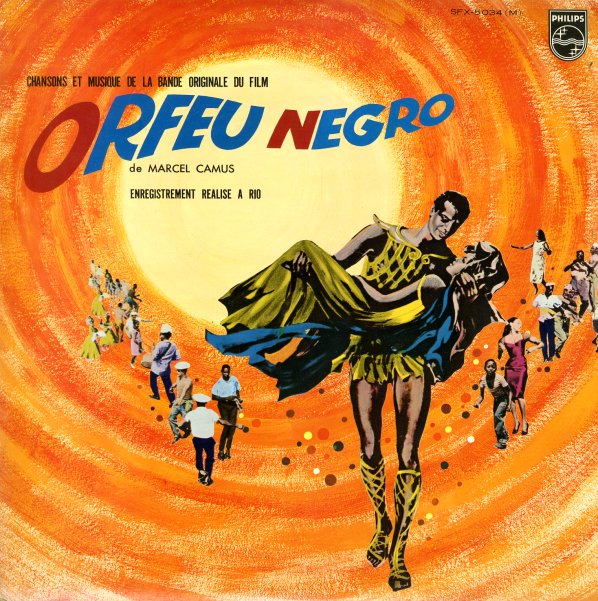 One of the greatest soundtracks ever – a record that set a whole new standard for audio representation of a film! The mad music for the set was composed by Antonio Carlos Jobim, with lyrics by Vincius De Moraes – and performed by Luiz Bonfa on guitar – but despite such prime bossa pedigree, the whole thing's got a sound that goes way beyond the familiar – a crazy mix of batucada percussion, samba rhythms, bossa guitar, and loads of sound effects from the film – so much so that the first half of the record is almost a sound-for-sound replication of the first 20 minutes of the movie! The sound collage is amazing – an extremely unique approach to soundtrack representation, and one that's never been done so beautifully since. A truly breathtaking record, filled with mindblowing sounds – and an early example of the genius that would explode in 60s music in Brazil. Some key bossa classics are represented here in early versions – including "Felicidade", "O Nosso Amor", and "Manha De Carnaval" – but they're wrapped up in odd sounds and rhythms that really make them sound different!  © 1996-2021, Dusty Groove, Inc.