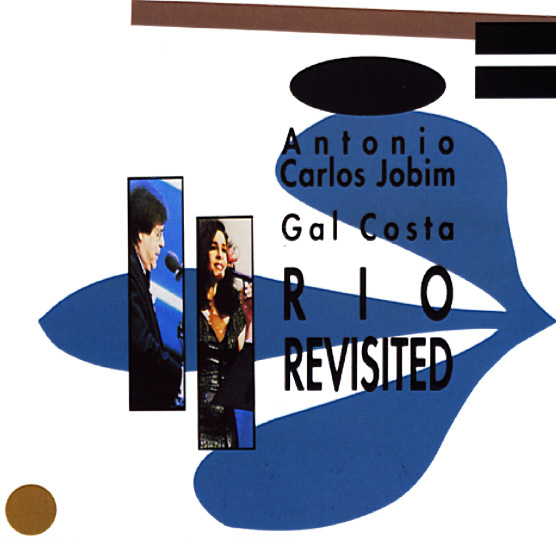 An overlooked bit of mid 80s bossa – a live set that features Antonio Carlos Jobim on piano and vocals, plus some great additional help from Gal Costa! The work here is a nice maturation of older bossa modes – slightly darker than before, and with a rich feeling that represents the better sounds of Jobim's later career – inflected with some slightly sunnier moments. There's a group of female chorus singers on the set – working in a style that's somewhere between Quarteto Em Cy and Brasil 66 – and other group members include Danilo Caymmi on flute and Jacques Morelenbaum on cello, working with Jobim in a small combo style with plenty of jazz. Titles include "Agua De Beber", "Dindi", "Two Kites", "Corcovado", "One Note Samba", "Samba Do Sonho", and "Sabia".  © 1996-2021, Dusty Groove, Inc.

I Haven't Got Anything Better To Do
Verve (Japan), 1969. New Copy
CD...$13.99
One of the darkest albums ever recorded by Astrud Gilberto – her 60s last session for Verve Records, and a batch of beautifully moody tunes throughout! Arrangements are by Albert Gorgoni, who'd handled Gilberto's previous September 69 album – but the style here is a bit mellower, a bit ... CD