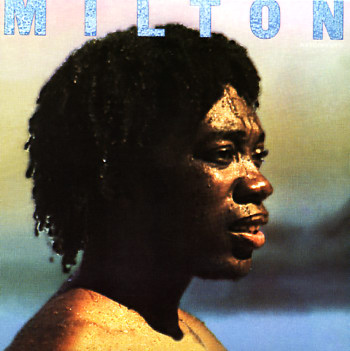 An important American album for the great Milton Nascimento – his first recorded in the US since the earlier Courage set for A&M – and like that record, a perfect bridge between the sound of his work in Brazil and the global modes that he had to offer! A key part of the set is the participation of Wayne Shorter on saxes – an artist that Milton had recorded with on the Native Dancer record – and the group also features work from Herbie Hancock on piano, Raul De Souza on trombone, Toninho Horta on guitar, and Airto on percussion – all jazzy talents who really keep things lean and groovy – in a style that's different than some of Nascimento's 70s work in Brazil. Tracks include "Raca", "The Call", "Os Povos", "Fairy Tale Song", "Francisco", "One Coin",and a nice remake of the classic "Cravo E Canela".  © 1996-2021, Dusty Groove, Inc.