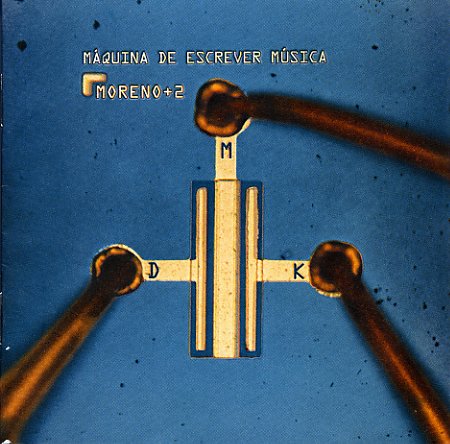 An incredible album from Moreno Veloso – the son of the famous Caetano, but an artist who's already very much his own man on this classic collaboration with the team of Kassin and Domenico! Moreno plays it cool on most of the record – singing in a spare setting that mixes acoustic guitar and percussion with some occasional electronics, sounding best on the tracks that are the most stripped-down, because if he does share one thing with his father, it's a warmly intimate voice, one that will grab you right away! The electronics are all a bit ok, but it's the voice that sells this one – and it fortunately comes to the forefront on most of the record. Tracks include "Sertao", "Deusa Do Amor", "Esfinge", "Rio Longe", "Nenhuma", "I'm Wishing", "Das Partes", and "Para Xo".  © 1996-2021, Dusty Groove, Inc.
(Out of print, Brazilian pressing.)