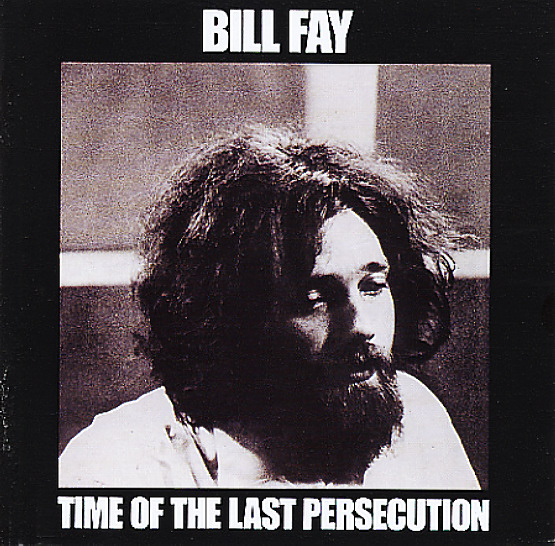 The heady second album from Bill Fay – much more introspective and moodier than his first outing for Deram, and a session done in tight collaboration with British guitar legend Ray Russell! Russell's got Fay working here with a much smaller group than on the first album – a collection of jazz-influenced players that includes Nick Evans on trombone, Tony Roberts on reeds, and Alan Rushton on drums – all working with Russell's guitar in an intimate, slightly folksy setting. Fay's songwriting and vocals are darker than before – as can easily be told from the titles of tunes like "Don't Let My Marigolds Die", "Dust Filled Room", "Pictures Of Adolf Again", and "Til The Christ Come Back". But somehow, Fay manages to pull the whole thing off beautifully – with none of the cliches or heavy-handed styles you might expect, really working in a transcendent mode that reminds us of the best of early Leonard Cohen.  © 1996-2021, Dusty Groove, Inc.
(50th Anniversary Edition – on heavyweight vinyl and with download!)