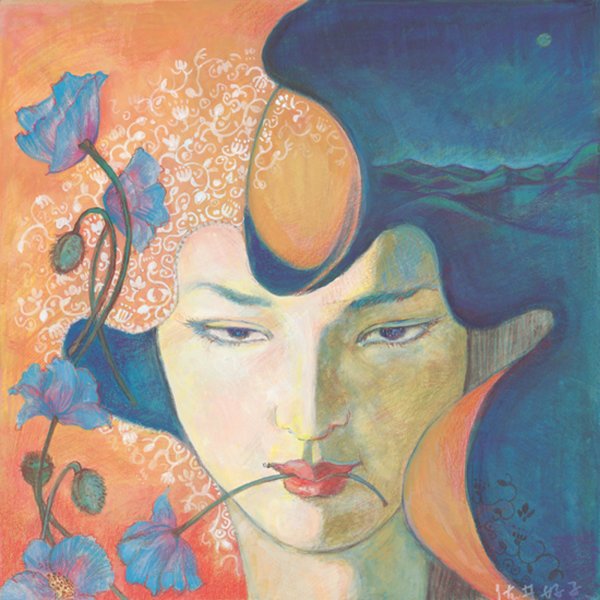 Beautiful later work from Japanese singer Yoshiko Sai – but tracks that are every bit as sublime as her classics! Sai has this vocal range that's incredible – an ability to slide up and down the scale that's somewhere in the territory of Minnie Riperton or Kate Bush – even though the music here is nothing like theirs at all, as the instrumentation mixes fuller, soaring charts with some occasional stronger guitar lines – all set to superb lead vocals from Yoshiko, always at a level that's much more experimental than commercial. Lyrics are in Japanese throughout – as are the titles – but there's a very universal appeal to the record!  © 1996-2022, Dusty Groove, Inc.
(Great Japanese pressing – with obi!)

Fuyu Kukan (pink vinyl pressing)
Warner (Japan), 1983. New Copy (reissue)
LP...$44.99
That's a great 80s sense of design on the cover, and the album's got a nice sort of 80s vibe too – a bit more drum machine beats, basslines, and keyboards than work by some of the jazzier city pop artists of the time – a mode that really seems to bring out the best in the vocals of ... LP, Vinyl record album