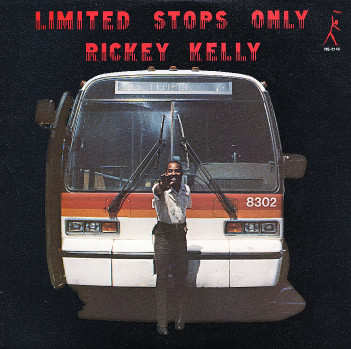 An overlooked gem from west coast vibist Ricky Kelly – a player who only cut a small number of records, but who was kind of an 80s equivalent to some of the hippest Bobby Hutcherson work of the 70s! This album's a bit different than some of the more avant work on the Nimbus Records label – as Kelly plays with a warm modal vibe – echoing some of the spirit of Bobby Hutcherson, and also taking on one of his tunes, and one by Herbie Hancock as well – in a very cool group that features flute from Dadisi Komolafe, piano from David Tillman, bass from James Leary, and drums from Sherman Ferguson – a very hip underground west coast lineup. The whole thing's a stunner – the kind of nice lost session we keep on digging for – and it's got other great numbers that include "Flying Colors", "Yesterdays", "Same Shame", "Dolphin Dance", and "Distant Vibes" – the last of which is a great original track with a nice groove!  © 1996-2022, Dusty Groove, Inc.
(Limited edition 180 gram pressing!)