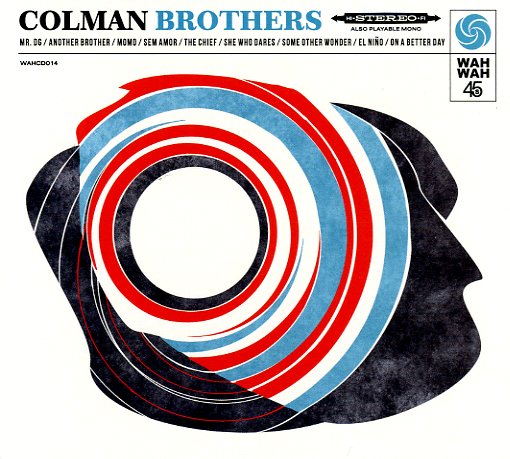 Jazzy funk and tightly grooving sounds from The Colman Brothers – Mat Colman & Andrew Colman! The Brothers come up with really fantastic modern spin on the late 60s style of European jazz funk figures like Peter Herbolzheimer and the genre-defying, stylistically sprawling greatness coming out on MPS and other adventurous labels at the time – but to the Colman Brothers credit, it doesn't feel so much like a throwback. Timeless, energetic and exciting stuff – and the musicianship is top notch! Andrew plays trumpet and Mat plays trombone, primarily – backed by flute, Rhodes, Hammond, drums, guitar bass, vibes and more, depending on the call of the cut. Titles include "Mr DG" (that would be Dizzy Gillespie), "Another Brother", "Momo", "The Chief", "On A Better Day", "El Nino", "Sem Amor" and more.  © 1996-2021, Dusty Groove, Inc.