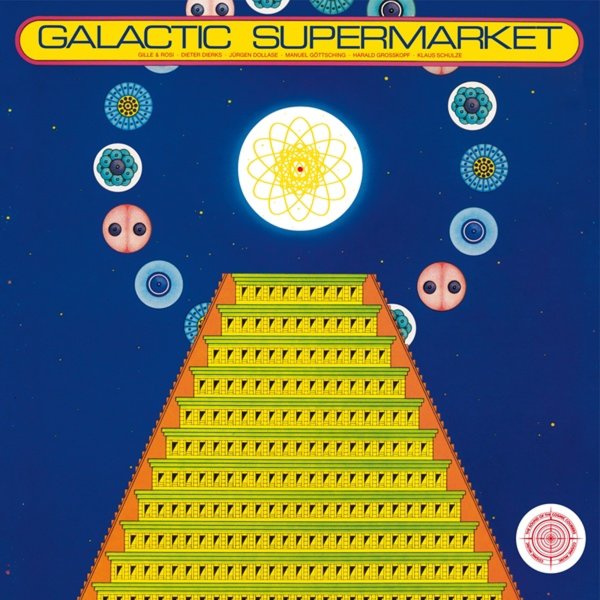 A landmark bit of work from the Cosmic Jokers – real heroes of the German prog era, and less a batch of pranksters than some serious prog rock heavyweights – given that the lineup here features Dieter Dierks, Manuel Gottsching, Klaus Schulze, and Harald Grosskopf – all coming together in these long-jamming tracks that are maybe equal parts psych as well! The instrumentation is wonderful – a blend of piano and keyboards, fuzzy guitar and focused drums, and all sorts of other great bits – spun out almost in German prog jam session mode, as the album spills out on two side-long tracks, both equally wonderful – "Kinder Des Alls" and "Galactic Supermarket".  © 1996-2021, Dusty Groove, Inc.