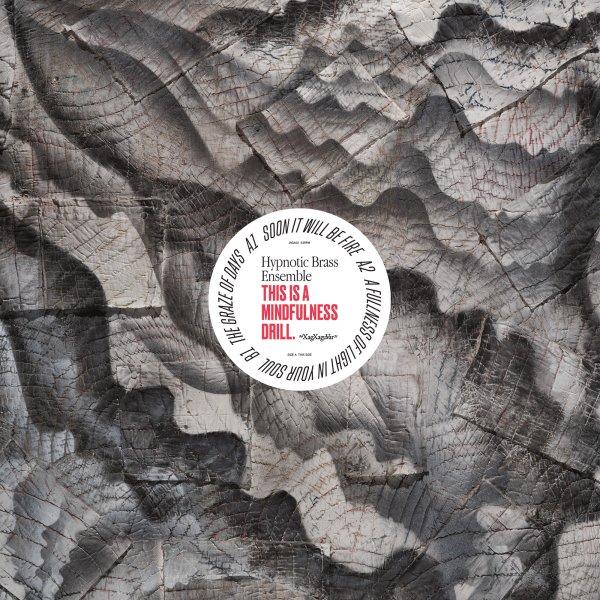 A really different sound for this legendary group – still very hypnotic and brassy, but in a very different way! The EP features three songs that build slowly, with brass as a key element, but maybe more in the background than the rhythmic forefront of previous records – letting vocals come into play more than before, and deliver a message-oriented style that's very much in keeping with the title! The songs are slower, but very powerful – and the set features the three tracks "Soon It Will Be Fire", "A Fullness Of Light In Your Soul", and "The Graze Of Days".  © 1996-2022, Dusty Groove, Inc.
(Black and white explosion vinyl – with bonus fold-out booklet and download. Quantities limited!)

Hypnotic Brass Ensemble
Honest Jons (UK), 2009. New Copy 2LP
LP...$24.99 (CD...$8.99)
The amazing full length debut of Hypnotic Brass Ensemble – a cool combo from the Chicago scene who've been making some big waves around the world over the past few years! The brass-heavy group have a family legacy that links them to the Artistic Heritage Ensemble of Phil Cohran – and ... LP, Vinyl record album