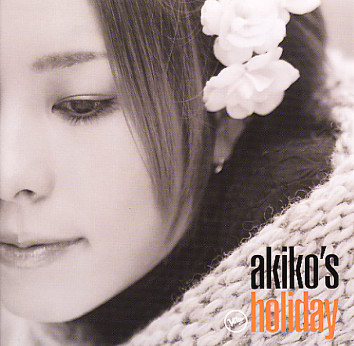 The Holiday in the title is Billie Holiday – as Japanese singer Akiko pays tribute to Lady Day in this really sweet set of tracks! The range of styles is what really makes the record work – as some tunes are done in the spare traditional style of Billie's original recordings, while others are done in a more expansive modern and jazzy style – including a few tracks that come off with a very nice groove to them! Titles include "Easy Living", "My Man", "What A Little Moonlight Can Do", "You've Changed", "God Bless The Child", and "Love For Sale".  © 1996-2021, Dusty Groove, Inc.
(Out of print, first pressing from 2003 – includes obi.)

Rio (deluxe edition with book & DVD)
Verve (Germany), 2008. Used 2 Discs
CD...$11.99
The deepest album we've heard in years from Till Bronner – a beautiful collection of Brazilian-tinged tunes, performed with a host of wonderful guest stars! Bronner plays his usual trumpet, and also sings a bit too – in that warmly raspy voice that we first grew to love during his Chet ... CD

Who Is Jill Scott?
Epic/Hidden Beach, 2000. Used
CD...$4.99
The incredible debut of the mighty Jill Scott – a record that asks and answers a question with the title – then goes on to not only establish Jill as one of the freshest soul music talents of her generation, but also an artist who set the tone for so many others to follow! The record ... CD