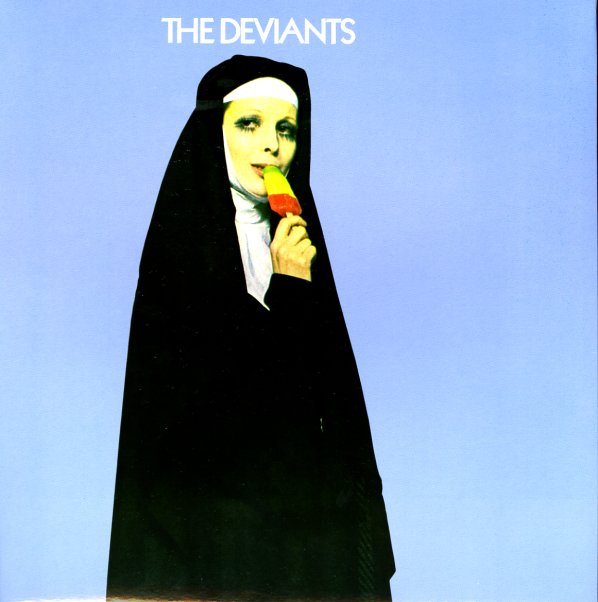 A fantastic underground set from the UK scene at the end of the 60s – the final record by The Deviants, who'd later go on to form the core of Pink Fairies – but who sound a lot weirder and wilder here! Part of that difference is lead singer Mick Farren, who also handled the production – which really does a lot with a little, and makes any of the group's guitar-heavy, blues-inspired licks sound stranger in the company of some of the odd effects and unusual vocal styles too. Make no mistake, there's plenty of fantastic guitar on the record – thanks to Paul Rudolph, who's completely searing at most moments – but Farren balances things out nicely with his touches too, on strange-titled songs that include "The Junior Narco Rangers", "Black George Does It With His Tongue", "Death Of A Dream Machine", "Metamorphosis Exploration", "Billy The Monster", and "Rumbling Black Transit Blues".  © 1996-2022, Dusty Groove, Inc.