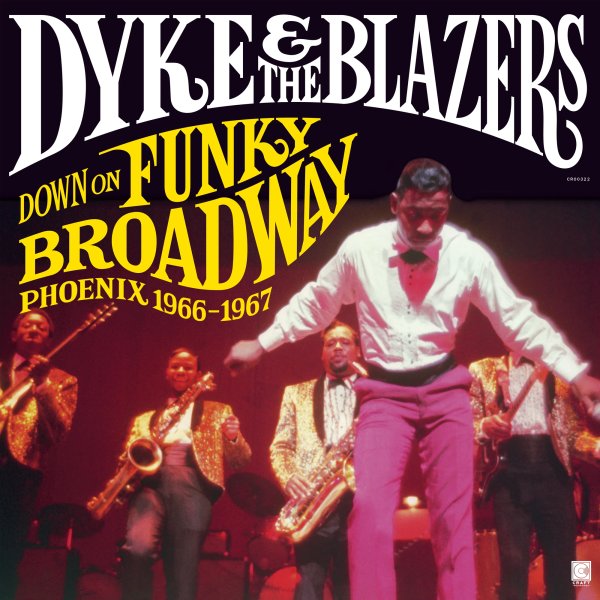 A fantastic first chapter from this legendary funk group – material recorded during their early years on the Phoenix scene, at a time when Dyke & The Blazers must have been the hottest act going down in Arizona! The group here begin with their Funky Broadway roots – taking on that track in their classic version, turning out some great original material of their own, and also jamming nice and long on some tracks here that really show that the group had a lot more energy than just the usual funky 45 combo – maybe more of the intensity of the James Brown Band! Dyke is great in the lead, but the overall sound is wonderful – and titles include "Funky Broadway (parts 1 & 2)", "Triple Funk", "Extra Funk", "Uhh (full length)", "City Dump", "She Knows It", "Tramp (parts 1 & 2)", "Funky Broadway Time (parts 1 & 2)", and previously unissued tracks "Why Am I Treated So Funky Bad (orig mix)", "Extra Funk (alt)", "So Sharp (alt)", "Call My Name", and "Broadway Combination (alt)".  © 1996-2022, Dusty Groove, Inc.