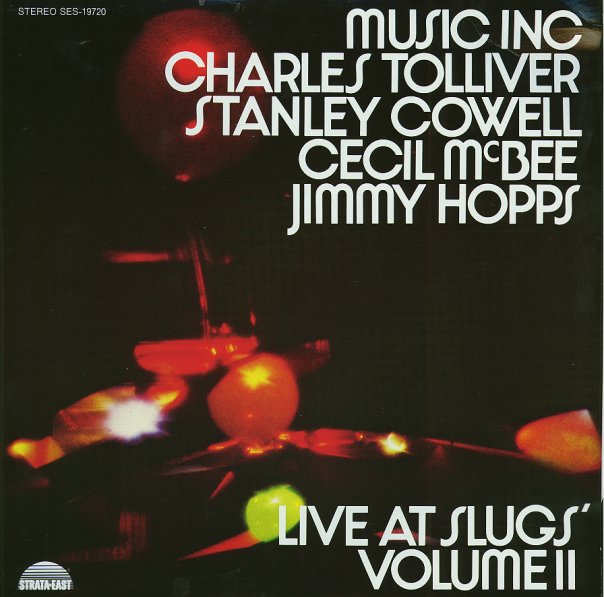 A classic performance by one of the most groundbreaking soul jazz groups of the 70s! Tolliver's leading his Music Inc ensemble here – an important quartet that featured him on trumpet, Stanley Cowell on piano, Cecil McBee on bass, and Jimmy Hopps on drums. During their time recording for the Tolliver/Cowell owned label Strata East, the group forged a strident spiritual approach to jazz – one that took all of the experiments of Coltrane, and fused them with a soulful sound that was packed with all of the righteousness of the time. The group's at their finest here – working before a very friendly crowd at the legendary Slugs nightclub in the East Village – and tracks on this second volume include "Spanning", "Wilpan's", and "Our Second Father", all done in nice long readings!h  © 1996-2021, Dusty Groove, Inc.
(Strata East 50th Anniversary pressing – limited edition 180 gram pressing!)