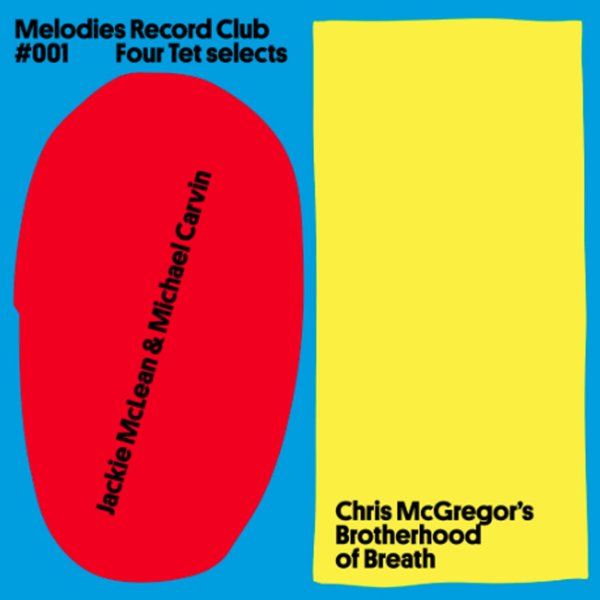 A 12" single, but one that's more like an EP – given that it features two long tracks, both pulled from the more spiritual side of the 70s jazz spectrum! Side one features "De I Comahlee" – a wonderful collaboration between saxophonist Jackie McLean and drummer Michael Carvin – a cut that's very heavy on percussion and chanted vocals from both musicians, which then gives way to a searing alto solo from Jackie – served up in the extended version that runs well over 12 minutes in length! Side two features the cut "MRA" by the legendary Brotherhood Of Breath group – led by South African pianist Chris McGregor, and featuring work from Mongezi Feza on pocket trumpet, Dudu Pukwana on alto, Alan Skidmore on tenor, John Surman on soprano, Harry Miller on bass, and Louis Moholo on drums – all working with McGregor in a very modal groove!  © 1996-2022, Dusty Groove, Inc.
(Comes with a bonus poster and notes!)