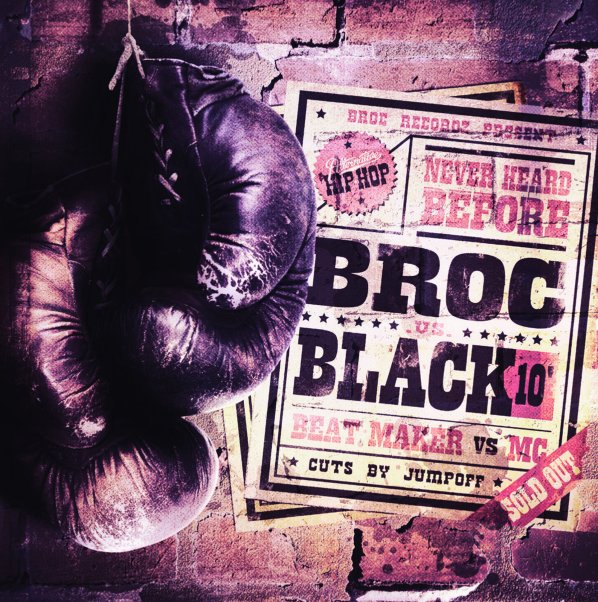 A heady combination of French hip hop talents – beatmaker Broc and MC Black 10 – the latter of whom works entirely in French here, which makes for a very different flavor than an American record of this type! Unlike some of the Parisian hip hop of 20 years before, the vibe here is much more intense – very moody instrumentation, at a level that seems to sharpen all the dark corners of the sonic elements in the mix – responded to by Black 10, whose deep-voiced presentation of the lyrics really increases the vibe of the sound. Titles include "Mc Fous Moi L'Camps", "Faut Qu'J'Exteriorise", "Enfant Des Annes 80", "On Reprend Du Service", "Hip Hop Music Ma Vie", "Ce Monde", "J'Rap Depuis L'Epoque", and "Lyrical Back Slap". CD features two extended bonus tracks!  © 1996-2021, Dusty Groove, Inc.