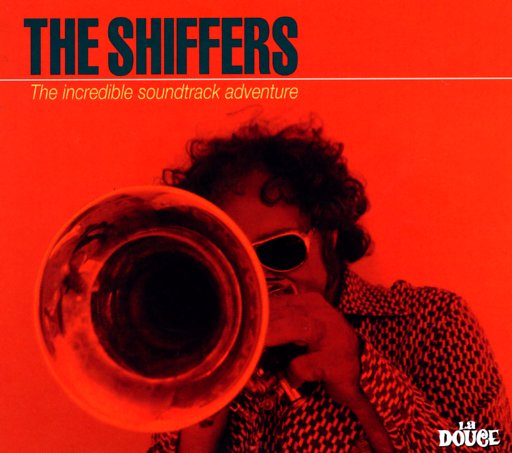 A great title for an incredibly groovy album – one of the best retro-styled sets we've heard from the Irma label in a long time – and a real reminder of why we first fell in love with their releases many years ago! The Shiffers are really just Claudio Zanoni – playing almost all the instruments here, in ways that vary between 60s mod instrumentals, soundtrack grooves, and some of the warmer, jazzier sounds we're used to hearing from Irma. The "soundtrack" reference is well put, because there's an obvious influence from older spy, spoof, and sex flicks – referenced a bit by Claudio in the titles of the tunes, and in the overall structure of the album – which has all the best playful energy of some lost instrumental set from the 60s. Titles include "Road Running", "TV Show", "Lotus Eaters", "Body Down", "Barbarella", "Asa Nisi Masa", "Buena Vista", "Smiling & Joking", "Reality", and "Che Gambe".  © 1996-2021, Dusty Groove, Inc.
(Out of print.)