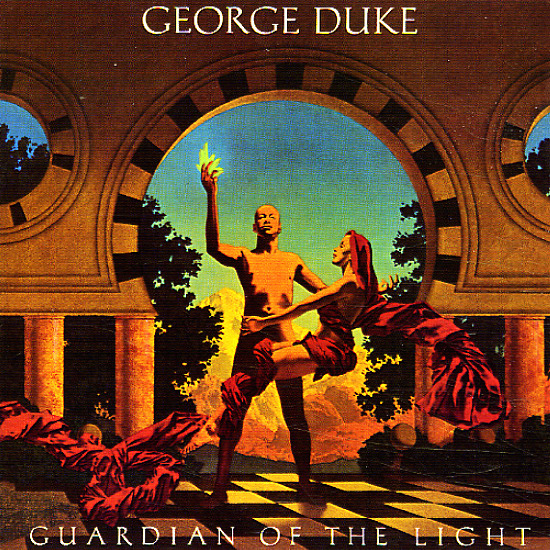 Guardian Of The Light

A funky concept album from George Duke – and one that's filled with some mighty nice grooves! Guardians Of The Light is a full-on "musical fantasy" – with the story line laid out in the liner notes, yet still a bit difficult to follow – but we can't fault him for that when it's done in his masterful R&B-fusion-funk approach! George sings on all cuts, but he also gets some stellar vocal assistance from Jeffrey Osborne, Portia Griffin, and Patti Austin. The record also has some surprisingly sweet mellow moments that bring a deeper level of spacey soul to the out-there concept – those laidback lines that George could always do better than anyone else! Titles include "Born To Love You", "You Are The Light", "Reach Out", "Give Me Your Love", "Stand", "Soon", and "Fly Away".  © 1996-2021, Dusty Groove, Inc.
(Out of print, mid-90's pressing.)