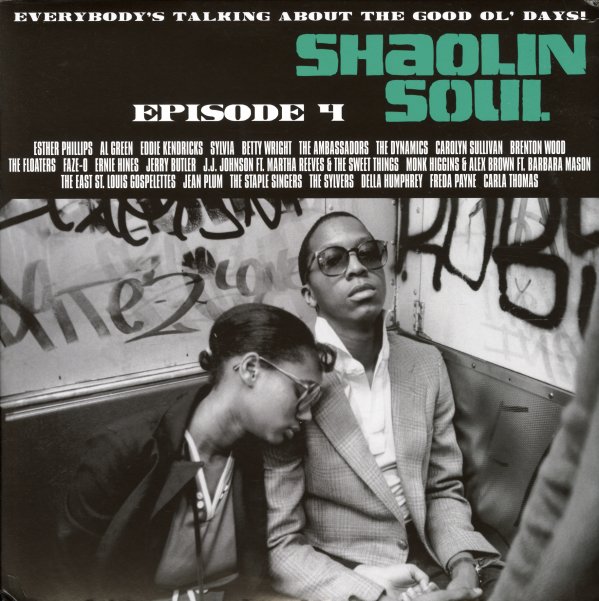 It's Wu-Tang's world, and we just live in it – as we're reminded again by this great series of older funky cuts sampled by the group! As with other volumes, most of these numbers emerged at some point or another in Wu-Tang and related productions – but this set presents the full original songs, unmixed – a pretty damn great blend of 70s funky soul on its own, even if you've never had an ear for hip hop! Artists are a great mix of soul stars and underground legends – and titles include "What The World Needs Now" by Carla Thomas, "I Get High" by Freda Payne, "Get Myself High" by The Dynamics, "That's All Right With Me" by Esther Phillips, "Intimate Friends" by Eddie Kendricks, "Ain't Got The Love Of One Girl" by The Ambassadors, "Girls Can't Do What The Guys Do" by Betty Wright, "Our Generation" by Ernie Hines, "I'm Your Mechanical Man" by Jerry Butler, "Have Mercy On Me" by East St Louis Gospelettes, "Here I Go Again" by Jean Plum, "Let's Do It Again" by Staple Singers, "Only One Can Win" by The Sylvers, "Don't Make The Good Girls Go Bad" by Della Humphrey, "Dead" by Carolyn Sullivan, "Trouble" by Brenton Wood, "Float On (single edit)" by Floaters, "I Wish You Were Here" by Al Green, and "A Good Man Is Gone" by Monk Higgins & Alex Brown.  © 1996-2021, Dusty Groove, Inc.