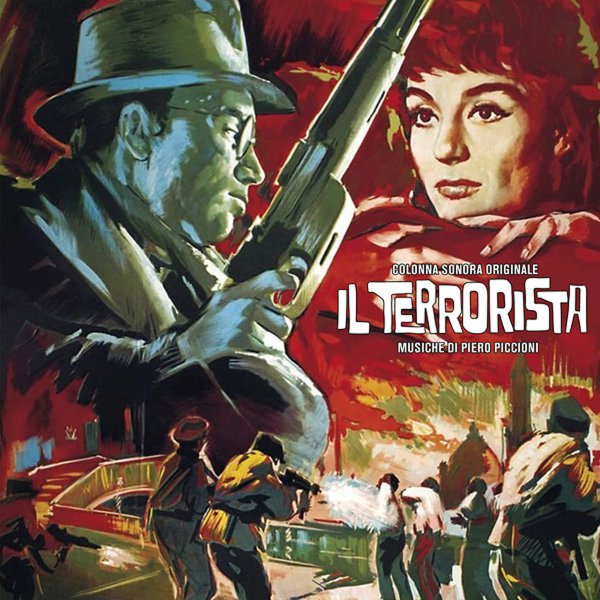 A taut score from Piero Piccioni – penned for an early 60s black and white thriller, with a sound that's often a lot more serious than some of his other work of the time! There's a few whimsical themes at the start, but these drop off quickly – leaving some very spare, atmospheric numbers with a really tense, spooky sound – one that often comes from solo piano or organ work from Piccioni, the latter of which has a really deep-down, rumbling quality. Horns appear on some of the lighter moments – which have almost Nino Rota-like melodies that are a bit playful – but the score definitely leans towards the darker side of the spectrum at most moments. Titles include "Fox Foxy", "Waltz For You", "Il Terrorista", and "Eco Di Un Tempo".  © 1996-2021, Dusty Groove, Inc.