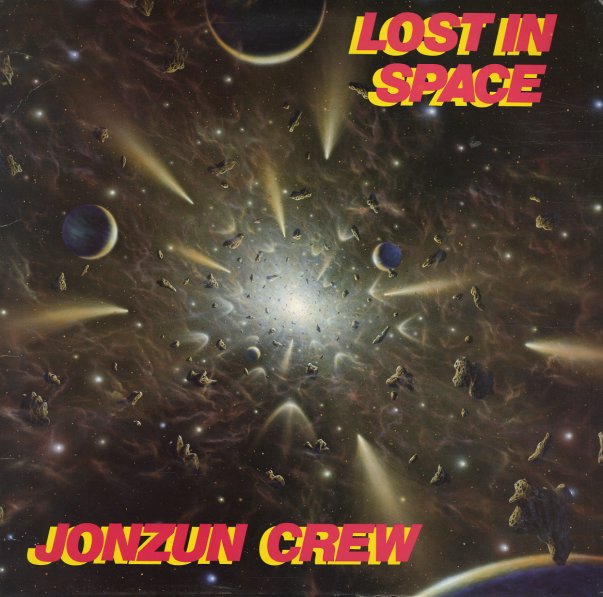 Sweet breaking grooves from The Jonzun Crew – an early act in the Tommy Boy hip hop roster, and one who were maybe a bit more electro than the rest! Here, Jonzun Crew have a vibe that's nicely like Newcleus – lots of sharp drum machine beats, peppered with keyboards, vocoder on the vocals, and an overall outer space image that really fits their sound! Michael Jonzun is the vocalist and electronic wizard in the lead – and Jellybean remixed a few of the tracks for the album, too. There's a really unified feel here – Jonzun and crew definitely keep their sound strong throughout – on titles that include "Electro Boogie Encounter", "We Are The Jonzun Crew", "Space Is The Place", "Ground Control", "Space Cowboy", and "Pack Jam".  © 1996-2022, Dusty Groove, Inc.
(Limited edition – on clear yellow vinyl!)