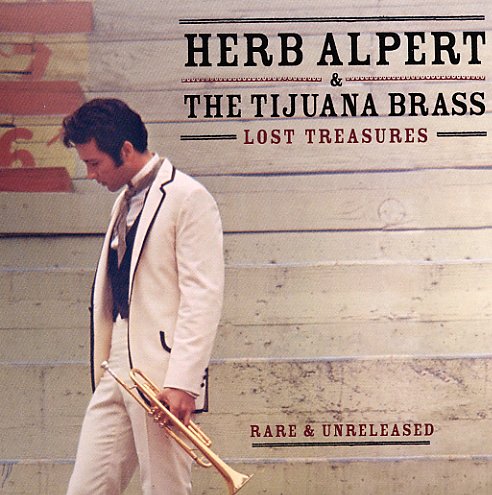 Genius, pure genius – a wonderful collection of 22 rare numbers by Herb Alpert & The Tijuana Brass – all recorded during the group's years at A&M Records, and including a number of previously unreleased tunes! The sound here is completely sublime – way more than just the simple themes that you might expect from the TJB at the time, especially since there's a fair bit of numbers from Herb's late 60s years, when he was really opening into a wider range of modes explored by A&M Records on their Bacharach, Brazilian, soundtrack, and singer-songwriter releases. The whole thing's a key treasure in our 60s collection of instrumental pop – one that fills in a space we didn't even know we had! Titles include "Alone Again (Naturally)", "Julius & Me", "Happy Hour", "Promises Promises", "Whistlestar", "Killing Me Softy", "Chris", "Popcorn", "Flowers On The Wall", and "Up Cherry Street".  © 1996-2022, Dusty Groove, Inc.

Soul Hits
Alshire/Ultra Vybe (Japan), Early 70s. New Copy
CD...$13.99 16.99
101 Strings took on many different styles on their many albums for Alshire Records – and the group did a surprisingly great job with soul music – as you'll hear on this special collection of work from a few different albums! The sounds aren't straight soul – as you'd hear on ... CD

Jingle Workshop – Midcentury Musical Miniatures 1951 to 1965
Modern Harmonic, 1950s/Early 60s. New Copy 2CD
CD...$24.99 25.99 (LP...$32.99)
A really cool side of work from the enigmatic Raymond Scott – the legendary midcentury figure who did a wealth of creative work in jazz, soundtrack, and electronic music fields! Turns out, Scott also recorded a heck of a lot of commercials in his studio – all in ways that embrace all ... CD

Zodiac Cosmic Sounds
Elektra/El (UK), 1967. New Copy
CD...$12.99 16.99
The Zodiac never sounded so spooky – and the album's one of the first in a trend that explored astrology with funky musical backings! The music for the set was put together by moogy maestro Mort Garson – then making a transition from being a straight easy arranger in the early 60s, to ... CD