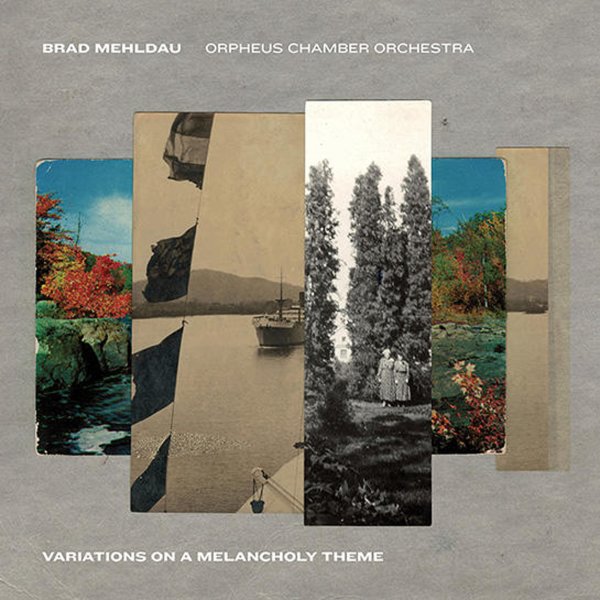 Variations On A Melancholy Theme

A really lovely little record from pianist Brad Mehldau – quite different than most of his albums, in that the Orpheus Chamber Orchestra is on board to help expand Mehldau's ideas in his music! The statement of the title is an apt one for the set – as it offers up variations on a blue-tinged melody. Yet the execution of the project is so much more than that – as the use of strings and woodwinds really open things up alongside Brad's piano – with a style that's more spacious and instrumentally distinct, and which strikingly puts Mehldau in an Americanist legacy that stretches back to the work of Aaron Copland and George Gershwin. There's definitely a larger Copland vision going on here – something that's a wonderful change after Brad's previous record, cut during the pandemic – almost as if Mehldau and the ensemble are helping to open things back up with their music. The record features 11 core variations, plus the initial "Theme", and some added passages as well.  © 1996-2021, Dusty Groove, Inc.