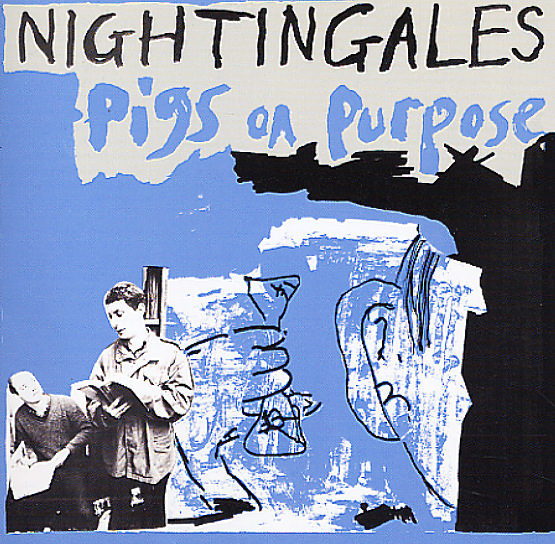 Pigs On Purpose (with bonus tracks)

A brilliant bit of work from the UK scene of the early 80s – a group formed out of the ashes of The Prefects, and driven strongly by the uniquely bristling energy of frontman Robert Lloyd! The record's got lots of fantastically jagged moments – punk into post-punk, but without the freer frenzy of The Fall – maybe more the well-rooted basslines of Gang Of Four, although the style of The Nightingales is very different! Lloyd's vocals and presence are wonderful – and the songs are laced together with all these fast, jagged guitar lines that are fantastic – a bit like those from the Ron Johnson label scene to come. Tracks include "Blood For Dirt", "Start From Scratch", "One Mistake", "It Lives Again", "Joking Apart", "Yeah, It's OK", "Under The Lash", "Blisters", "Don't Blink", "Elvis The Last Ten Days", and "Make Good". 2CD version is filled with loads of extra material – tracks that include "Seconds", "Idiot Strength", "Inside Out", "Paraffin Brain", "Under The Lash", and "Elvis The Last Ten Days" – plus rare live material and demos too!  © 1996-2021, Dusty Groove, Inc.