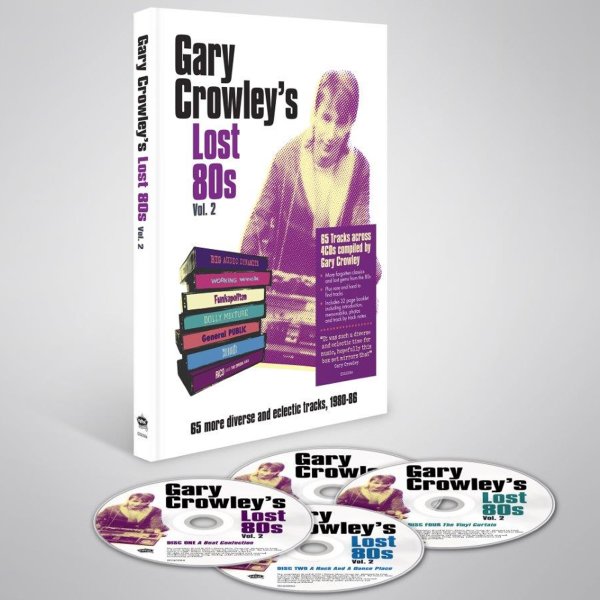 A second great helping of hip British work from the 80s – all put together by British radio DJ Gary Crowley – whose work on Capitol Radio London kept him quite close to the action at the time! As with the first volume, this set does a great job of going past obvious chart hits, and pulling together some real gems from the time – not totally obscure tracks, as many of these numbers were issued on bigger labels – but very groovy tracks that show what a wealth of groundbreaking music was coming out in the years after punk! Gary really takes the "diverse and eclectic" in the title seriously – and serves up a set of tracks that include "Hey DJ (7" version)" by World's Famous Supreme Team, "Slang Teacher" by Wide Boy Awake, "Latin Music" by Kid Creole & The Coconuts, "As The Time Goes By" by Funkapolitan, "Jungle Music" by Rico & Special AKA, "I Don't Want To Live With Monkeys" by The Higsons, "I Know What Boys Like" by The Waitresses, "Torchlight" by Ellen Foley, "Blue" by Fine Young Cannibals, "Mick's Up" by Style Council, "Venceremos (7" version)" by Working Week, "Thinking About You" by Altered Images, "Window Shopping" by Friday Club, "Mellow Moods" by Pressure Point, and "The Secret Life Of Arabia" by BEF with Billy MacKenzie. 4CD set features a very cool book-styled package, with plenty of notes – and a total of 65 tracks in all!  © 1996-2021, Dusty Groove, Inc.