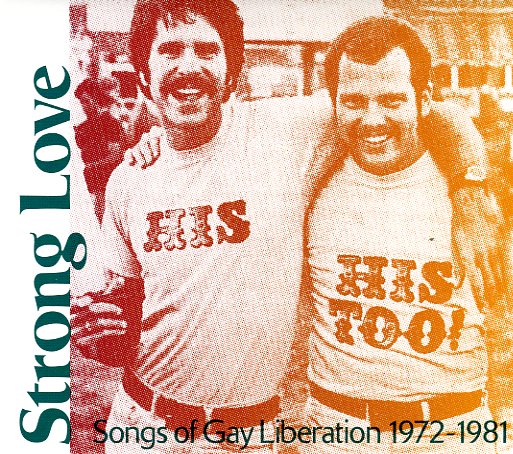 An incredible compilation – and a real document of a near-lost strain of music in the 70s – the wealth of underground pro-gay recordings that came out in the wake of Stonewall! The music here is way different than any camp cliches you might know from the 70s – no crisco disco, or overdone machoisms – and instead, often quite sensitive, with a mixture of folksy and singer-songwriter modes that were usually more common in the womyn's music world – but not used as often in the male gay scene – mixed with a few other funky styles too. Together, the music displays a surprisingly positive, confident scene – a great reminder of the sense of hopefulness and identity in the pre-AIDS days – and the package features detailed notes on each artist, most of whom we'd never heard before. Titles include "Gay Spirit" by Charlie Murphy, "It's Okay" by Blackberri, "Strong Love" by Smokey, "Evil & Lusty" by Mike Cohen, "Dreamboy" by Robert Campbell, "The One" by Paul Wagner, "Hots For A Hustler" by Scrumbly & Martin, and "Stand Up For Your Rights" by International Gay Society.  © 1996-2021, Dusty Groove, Inc.
(Includes download – with the bonus cut "Tell Ol Anita" by Conan.)