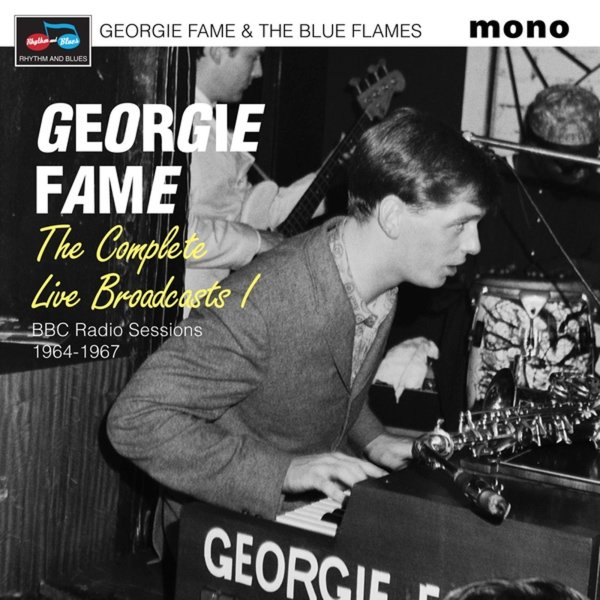 Rare live work from one of our favorite British talents of the 60s – singer/organist Georgie Fame, a musician who was strongly inspired by American jazz and soul, but quickly took things into a territory that was all his own! Georgie barely cracked our shores during the 60s, but over in the UK, he was a whirlwind of energy – moving from an initial mix of soul and jazz covers to some wonderful songs of his own – all done here with plenty of his own great instrumentation on the Hammond, in a combo that also features Peter Coe on tenor, Colin Green on guitar, and Speedy Acquaye on congas! The work is very well-recorded – originally broadcast by the BBC, and kept safely on tape for years – and this 2CD version features 64 tracks in all, including some interview bits between the songs. Titles include "Preach & Teach", "Boot Leg", "My Girl", "The World Is Round", "Ride Your Pony", "Monkeying Around", "Something", "Like We Used To Be", "No No", "Point Of No Return", "Telegram", "In The Meantime", "Let The Sunshine In", and "Tell All The World About You".  © 1996-2021, Dusty Groove, Inc.

Trick Or Treat – Music To Scare Your Neighbors – Vintage 45s From Lux & Ivy's Haunted Basement
Righteous (UK), Late 50s/Early 60s. New Copy 2CD
CD...$14.99 19.99
Who better to spend Halloween with than Lux and Ivy of The Cramps – a pair who almost act like it's the last day of October all year long! Lux and Ivy are well-known as collectors of strange and offbeat 45s from the late 50s and early 60s – and that period also coincides with a great ... CD