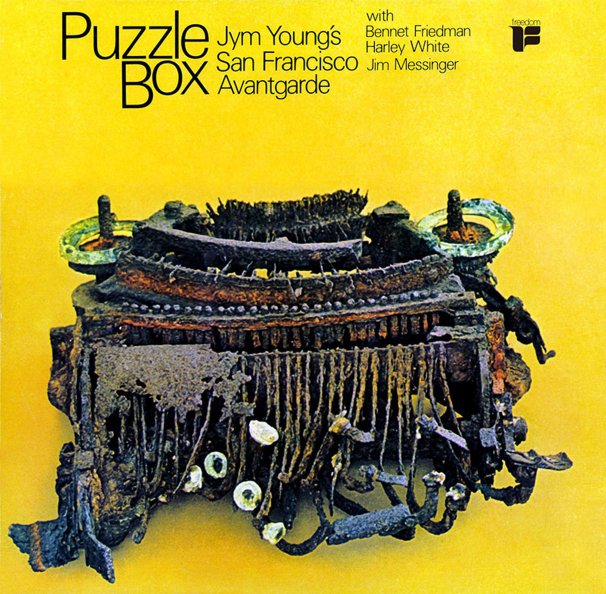 An amazing record – and sometimes sadly overlooked – one of the few avant jazz sessions from the 60s San Francisco scene, and a hell of an album throughout! Pianist Jym Young plays with a brilliant style that's almost a bridge between earlier modern eras and the changes on the New York scene in the mid 60s – not "new thing", not ESP – but this balance of some modal elements and some free impulses – served up in a group that also features Bennett Friedman on tenor, Harley White on bass, and Jim Messinger on drums and "Indian snake charmer"! Young also plays a bit of kalimba, and tracks are quite long – with titles that include "Lament", "Puzzle Box", and "Skippin In The Rain".  © 1996-2022, Dusty Groove, Inc.