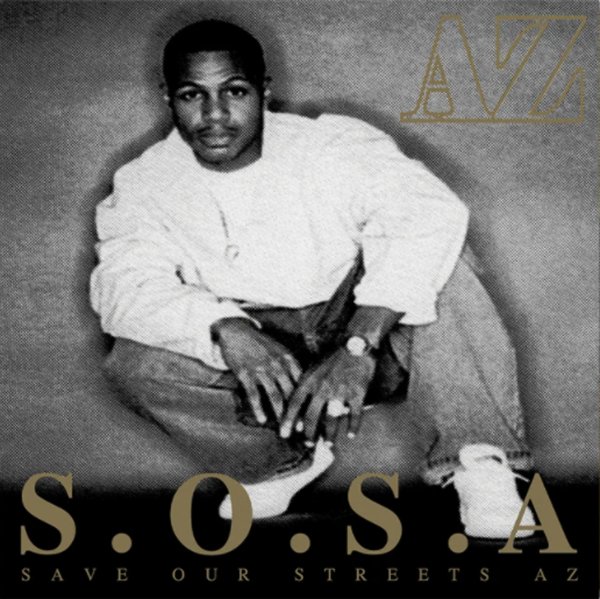 SOSA – Save Our Streets AZ

An overlooked gem from AZ – recorded at a time when the MC was out on his own, without a label, and maybe serving up some of the rawest rhymes of his career! Production is by Chop Diesel, who has this edgey style that's maybe a precursor of some of the internet modes to come – never too complex, and with just the right punch to burst out of a small speaker alongside the sharp-edged lyrics from AZ! Titles include "I Don't Give A F*ck Now", "Bodies Gonna Get Caught", "Platinum Bars", "Love Me In Your Special Way", "That's Real", and "It B's Like That".  © 1996-2021, Dusty Groove, Inc.