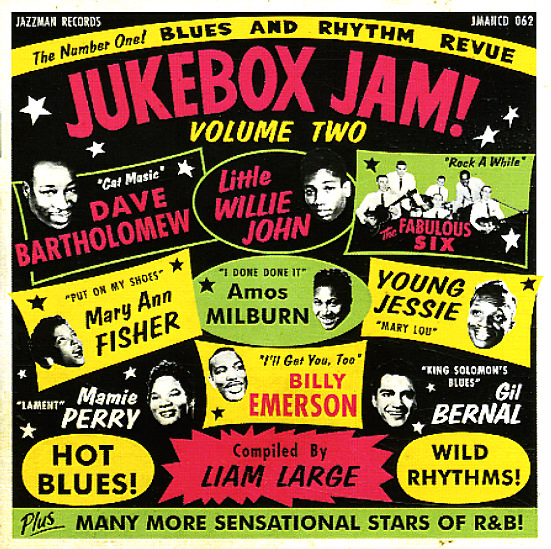 A sensational sequel to one of the greatest compilations of rare rhythm & blues we've seen from the deep diggin' Jazzman label – one that goes even deeper than the first! A good deal of these juke box treasures are from the mid 50s to early 60s – all of 'em ones that have been overlooked since way back in the day, having escaped the attention of all but the most devoted collectors for decades! Jumping R&B is the core sound here, but this volume is actually a more diverse batch than its predecessor – with some grittier proto-rock R&B, some more swinging jazz numbers, and a bit of popcorn soul as well – all of 'em killer! Titles include "Lament" by Mamie Perry, "If You Ain't Got No Bread", "Tears Baby" by Johnny West, "Rock A While" by Dewey Guy & The Fabulous Six, "Cat Music" by Dave Bartholomew, "I Done Done It" by Amos Milburn, "Swingin'" by Saunders King., "Big Game Hunter" by Steve Gibson The Red Caps, "Cleopatra" by The Mark VI, "I'll Get You, Too" by Billy Emerson, "That Ain' The Way To Do It" by Big Sis Andrews, "I'll Walk A Mile" by Bob Marriott & The Continentals, and "It Only Hurts A Little While" by Little Willie John.  © 1996-2021, Dusty Groove, Inc.