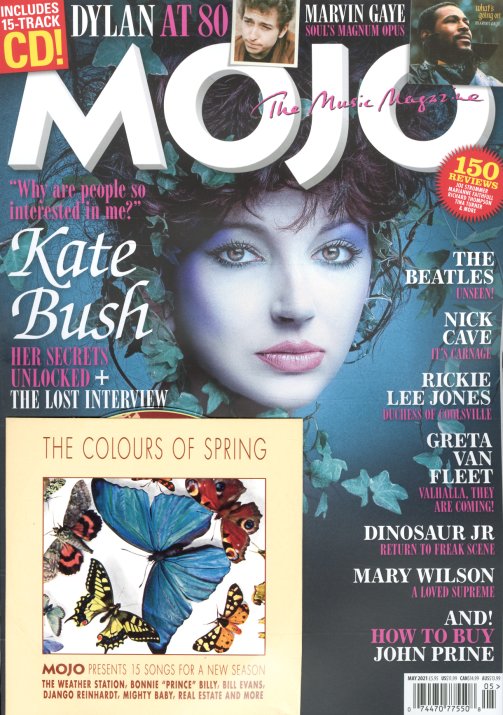 The lovely Kate Bush is on the cover – and the issue features a vintage unpublished interview, plus more on her story and secrets – including information on Hounds Of Love and her Tour Of Life! There's also some unseen Beatles photographs – and more on Nick Cave, Rickie Lee Jones, Greta Van Fleet, Dinosaur Jr, and the Supremes' Mary Wilson – plus a guide to the records of John Prine, a look at Bob Dylan at 80, and a special feature on the fantastic album What's Going On, by Marvin Gaye! All that, and lots more reviews – and a bonus CD of new music too!  © 1996-2021, Dusty Groove, Inc.