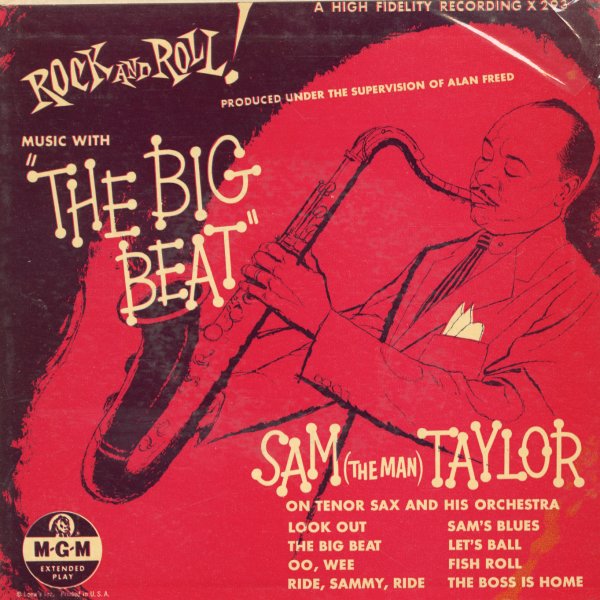 Sam "The Man" Taylor at his best – blowing hard-edged tenor on a bunch of hip 50s instrumentals! The tunes are all in an R&B mode, but Sam's solos also have a fair bit of jazz expression too – much more so than you might expect for the session, which was supervised by Alan Freed. Titles include "Look Out", "The Big Beat", "Oo, Wee", "Ride, Sammy, Ride", "Sam's Blues", "Let's Ball", "Fish Roll", and "The Boss Is Home".  © 1996-2021, Dusty Groove, Inc.
(Sleeve has some surface wear, aging, gloss peel at the top right corner.)