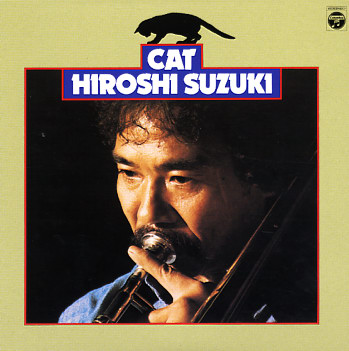 A great bit of electric jazz from the Japanese scene of the 70s – an album that easily rivals the best CTI work in the US at the time! Trombonist Hiroshi Suzuki heads up a quintet here – one that's heavy on electric piano and keyboards, played in a stretched-out sort of groove that reminds us a lot of the energy on Freddie Hubbard's funkiest albums from the same period. The tracks are all quite long – and step out with a wonderfully rhythmic sensibility – spare at times, and very focused on the right rolling approach to the groove. Suzuki's trombone solos are matched by some equally great sax work from Takeru Muraoka – and rhythm is from Kunimitsu Inaba on bass and Akira Ishikawa on drums. Filled with great breaks and laidback jazzy grooves – and featuring tracks that include "Cat", "Walk Tall", "Romance", "Shrimp Dance", and "Kuro To Shiro".  © 1996-2022, Dusty Groove, Inc.
(Limited edition – half-speed mastered on 180 gram vinyl!)