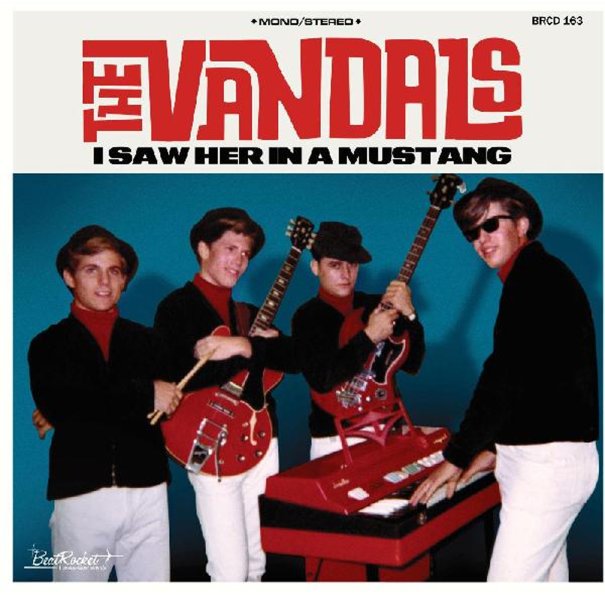 A really cool group from mid 60s Florida – one who are every bit as garagey as the best groups in the Pacific Northwest, but also seem to have a great Southern California way of harmonizing their vocals! Most of the work here was never issued at the time – but the tracks work fantastically together as a full album – showing not just the group's great ear for their own sort of catchy, colorful tunes – but also a real love of The Beatles, who they cover here on a number of tracks – clearly a strong inspiration for their sound, although The Vandals really make things sound very different than the fab four! Titles include "We're The Vandals", "I Saw Her In A Mustang", "Alright", "The Night Before", "Charlie Brown", "Another Girl", "The Joker", "Lies", "Stop Get A Ticket", "I Need You", "Mystery", and "Do You Love Me". CD features bonus tracks "Down Home Girl" and "I Saw Her In A Mustang (alt)".  © 1996-2022, Dusty Groove, Inc.