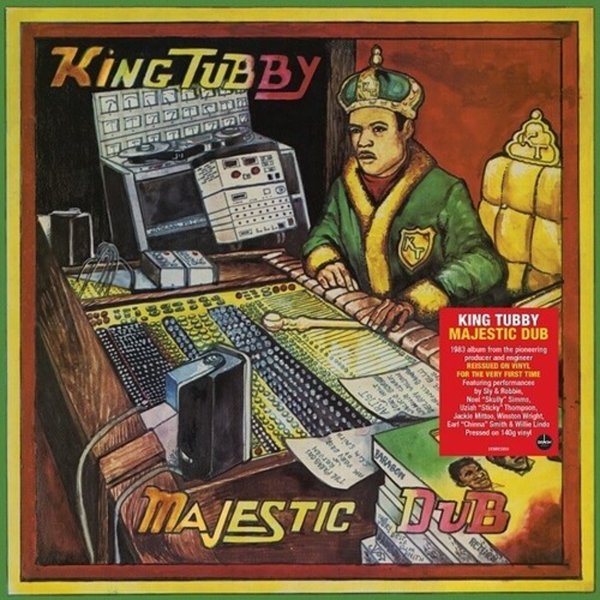 Heavy dub, with a mighty sharp edge – all those points and angles that King Tubby brought to the music with a special punch of his own – almost as if he's showing the scene that these sorts of dub tracks aren't the stuff of head-nodding naps, but instead have a righteous mystical power of their own! Bunny Lee produced, and the musicians are a familiar group of players, but with a lot more edge here than they'd have over at Island Records – Sly Dunbar on drums, Robbie Shakespeare on bass, Willie Lindo on lead guitar, Earl Chinna Smith on rhythm guitar, and Winston Wright and Jackie Mittoo on some mighty nice organ lines! Titles include "Dub Them Under Manners", "Ragga Muffin Dub Stylee", "Bad Boys Dub Stylee", "The Best Dub In The Business", "Back Out A This Dub Stylee", and "Majestic Stylee".  © 1996-2021, Dusty Groove, Inc.
(First-ever vinyl reissue!)