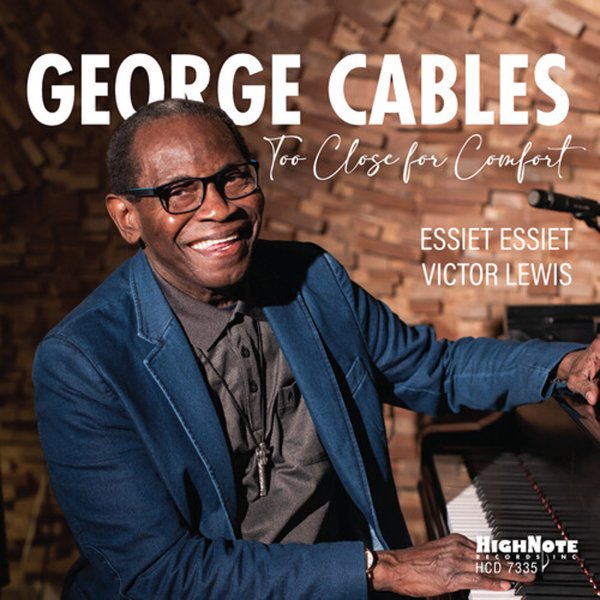 Too Close For Comfort

The great George Cables is in wonderful form here – balancing things perfectly between the boldness of his left hand on the rhythms, and the more lyrical modes that he opens up with the right – serving up these effortless and beautiful tunes that make us fall in love with his music all over again! The trio's every bit as well-balanced and fluid as Cables on the keys – Essiet Essiet on bass and Victor Lewis on drums – although both of those artists step out for one solo track, and each handle a duo on their own with George. And although the standard status of the title tune might make you think you're in for something pretty basic, the first note of the record argues strongly against that – and keeps on making the case through tunes that include "Teddy", "Crazy Love", "Klimo", "This Is My Song", and "Circle Of Love".  © 1996-2021, Dusty Groove, Inc.