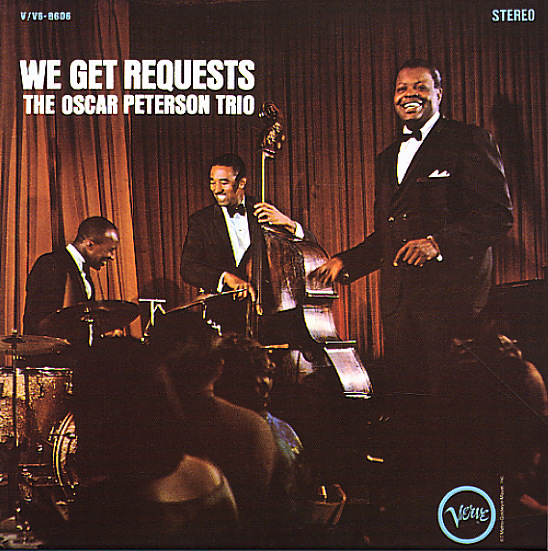 We Get Requests (180 gram pressing)

A key example of the popularity of the Oscar Peterson Trio in the mid 60s – an album of tracks that listeners wanted to hear done in the group's familiar style – that wonderful way of soulful inflection that Oscar had when he shifted up the lineup of the trio at the start of the 60s! There's a lot more bounce here than back when Peterson was working without drums – although the great Ed Thigpen is also a master of subtle energy on the kit – working with bassist Ray Brown to provide the best setting for the fluid touches that Oscar brings to the keys of the piano! Titles include "The Girl From Ipanema", "Quiet Nights Of Quiet Stars", "Have You Met Miss Jones", "Days Of Wine & Roses", "D&E", and "Time & Again".  © 1996-2022, Dusty Groove, Inc.
(Part of the excellent Acoustic Sounds series – heavy vinyl and gatefold cover!)

Charles Lloyd Trios – Ocean
Blue Note, 2022. New Copy Gatefold
LP...$25.99 28.99 (CD...$11.99)
Maybe the most spiritual of the three albums recorded as part of the great Trios project from reedman Charles Lloyd – a set that was recorded at the legendary Lobero theater in Santa Barbara, but without an audience in place – which makes for a beautiful mix of wide space and intimate ... LP, Vinyl record album