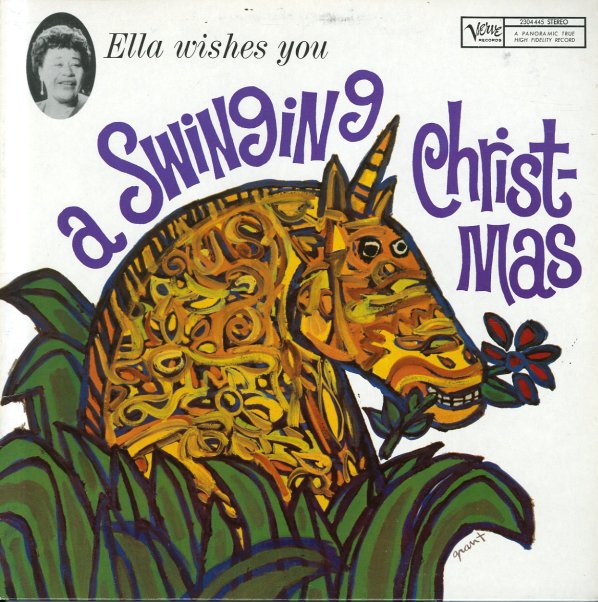 A wonderful Holiday album that's stayed fresh for years – a date that was maybe done as a seasonal one-off for singer Ella Fitzgerald, but one that's gone on to become one of her best-selling records of all time! Ella's got a perfect style to interpret these numbers – upbeat and swinging, very much as promised in the title – with a quality that makes the tunes move, and avoids some of the too-blue and more melancholy modes that can sometimes get in the way of making a Christmas jazz vocal album work this well! Fitzgerald has great arrangements here – working with Frank DeVol and Russ Garcia – on a set of lightly jazzy versions of Christmas favorites like "Sleigh Ride", "Jingle Bells", "Winter Wonderland", "White Christmas", "Frosty The Snowman", and one of the best versions of "What Are You Doing New Years Eve" ever recorded!  © 1996-2022, Dusty Groove, Inc.
(Part of the excellent Acoustic Sounds series – heavy vinyl and cover!)