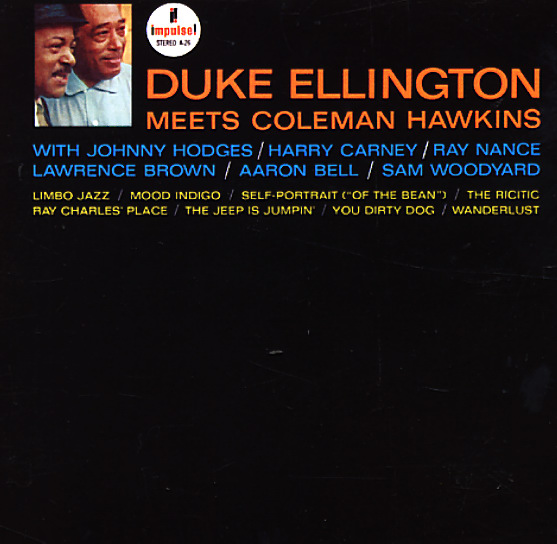 Also available
Duke Ellington — Duke Ellington Meets Coleman Hawkins ... CD 6.99
A legendary meeting of two classic jazz talents late in their careers – in a setting that's ideal to bring out all the complexity of their well-honed genius! The approach of the album is mostly an Ellington one – as the group features some of Duke's stalwarts, like Ray Nance on trumpet, Johnny Hodges on alto, and Lawrence Brown on trombone – but Coleman Hawkins gets plenty of space as the main soloist on each number on tenor, alongside Duke, who also solos strongly on piano – both of them with those subtle modern elements that showed up wonderfully in their later work. As with most later records by the players, the writing is great – with a lot more dark moments than you'd expect – and titles include "The Rictic", "You Dirty Dog", "Limbo Jazz", "Wanderlust", and "Self Portrait Of The Bean".  © 1996-2023, Dusty Groove, Inc.
(Part of the excellent Acoustic Sounds series – heavy cover and vinyl!)